Forest Park TowerA Twelve Story TreasureForest Park Tower, originally named Forest Park Apartments, is a 12 story treasure located only half a block from the entrance gate to Forest Park in Fort Worth, Texas. The steel framed brick building with cast stone trim was designed by Dallas architect Verne E. Shanklin and developed by Humphrey and Churchill also from Dallas. Construction of the building began in 1927 but the stock market crash of 1929 caused this rare example of a 1920’s high rise apartment building to be a late bloomer when she finally opened in 1930.At 12 stories, the Forest Park Tower has a commanding presence over Forest Park and the south side of the city. A one, two and three bedroom apartment built on each floor now accommodates 36 high rise condominium homes with original wood flooring and original tile in the bathrooms.Thanks to the “T” shaped structure, each home has a view in three directions. The upper floors’ views of Forest Park, the Trinity River, the south side of the city and downtown surely influenced former residents Ben Hogan and General John Hulen to call Forest Park Tower home.

If you or someone you know has interest in living a lock and leave urban lifestyle in the heart of a lovely neighborhood, Call Mary Margaret Davis 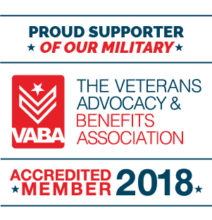 Don’t Forget to Feed Me

Reviews on Zillow
3527548
"Mary Margaret helped us to both sell and purchase a home. She does a fabulous job of marketing the home and works beautifully with potential buyers. ... more "

5.0/5.0
by Elma Racquel Racadio
3492596
"Mary Margaret Davis kept me from missing the home I wanted in a hot seller's market. Her offer was the first one in, complete, flawless and ... more "

Texas law requires all real estate license holders to give the following information about brokerage services to prospective buyers, tenants, sellers and landlords.